The Little Engine That Could – Watty Piper

The Little Engine That Could

Written by Watty Piper and illustrated by Loren Long

This book focuses on perseverance. The story begins with a little train that was filled with many toys for boys and girls. The little train was on its way to the other side of the mountain when it suddenly broke down. The toys persevered to find another engine that would come along the tracks to help out. 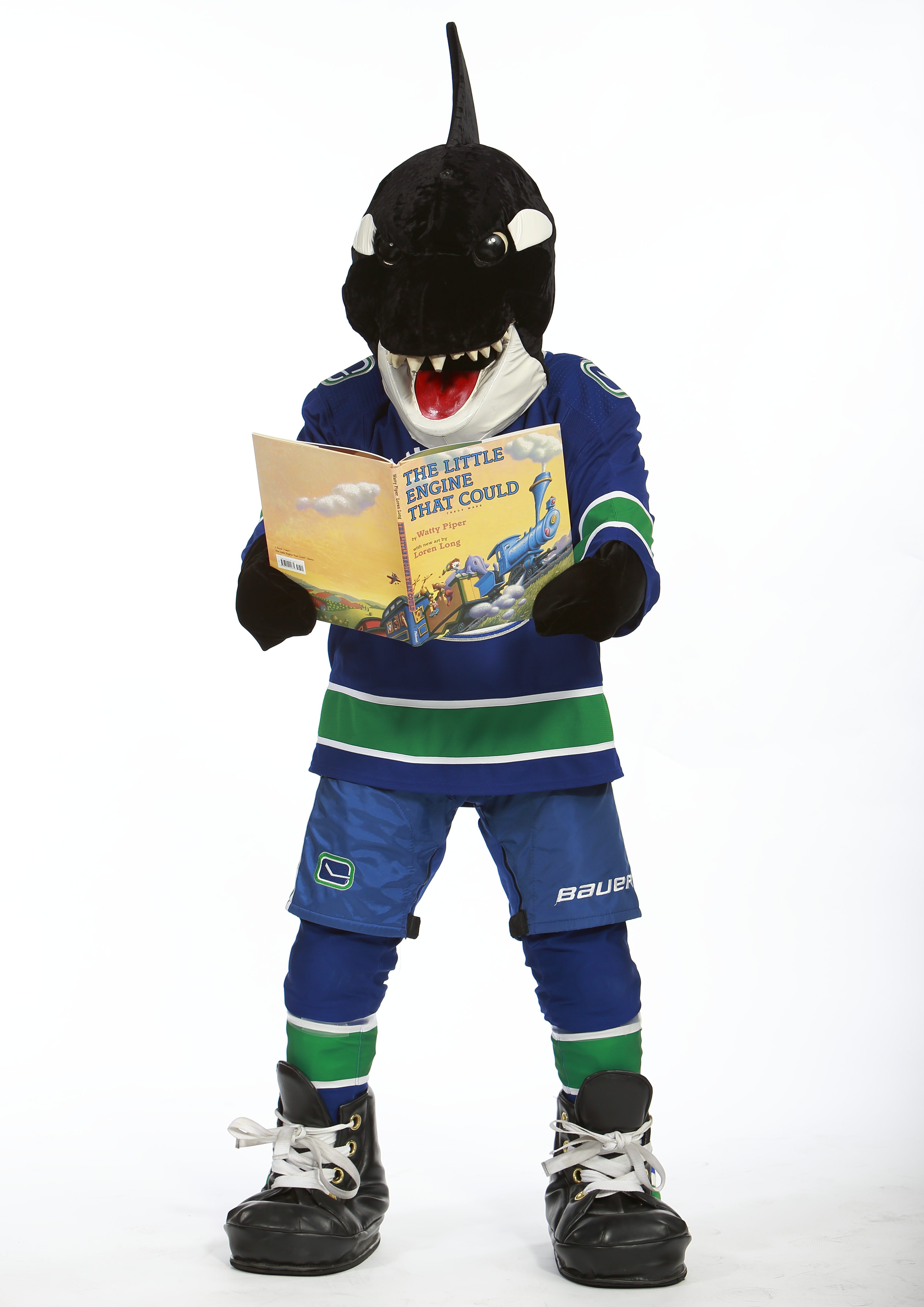 Remind the students that the engine and the toys had a problem and that they had to go through their Fin’s ABCD Steps to solve the problem. (See Skill-Building #2: Peaceful Problem Solving in Introduction > Social-Skills and Skill-Building for details.)

Ask the students to identify the steps of solving the problem.

Discuss the meaning of the word perseverance. Ask the students to choose examples in the story that showed perseverance. Explain that when the toys and the Little Blue Engine persevered, they were all successful.

Read the poem on the following page. It is very useful to reinforce the concept of perseverance. 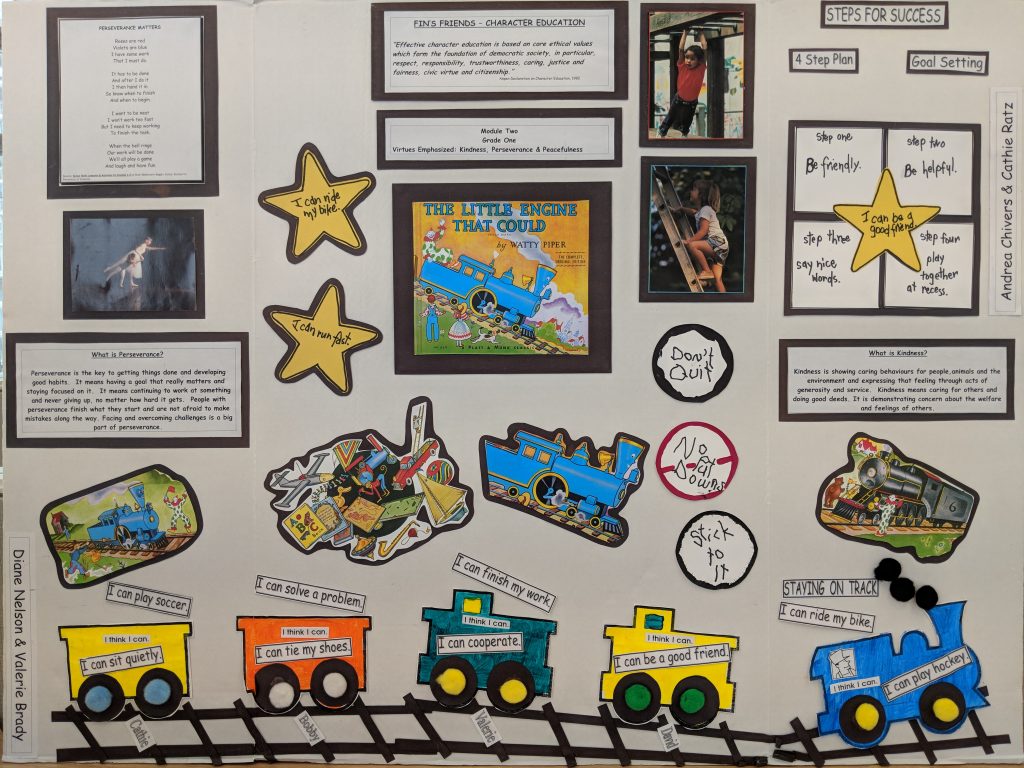 Lately, I’ve been learning how to tie my hockey skates. It is just like learning to tie your shoes. Even though I have been practicing everyday, I can’t seem to get it right. I am getting a bit frustrated. 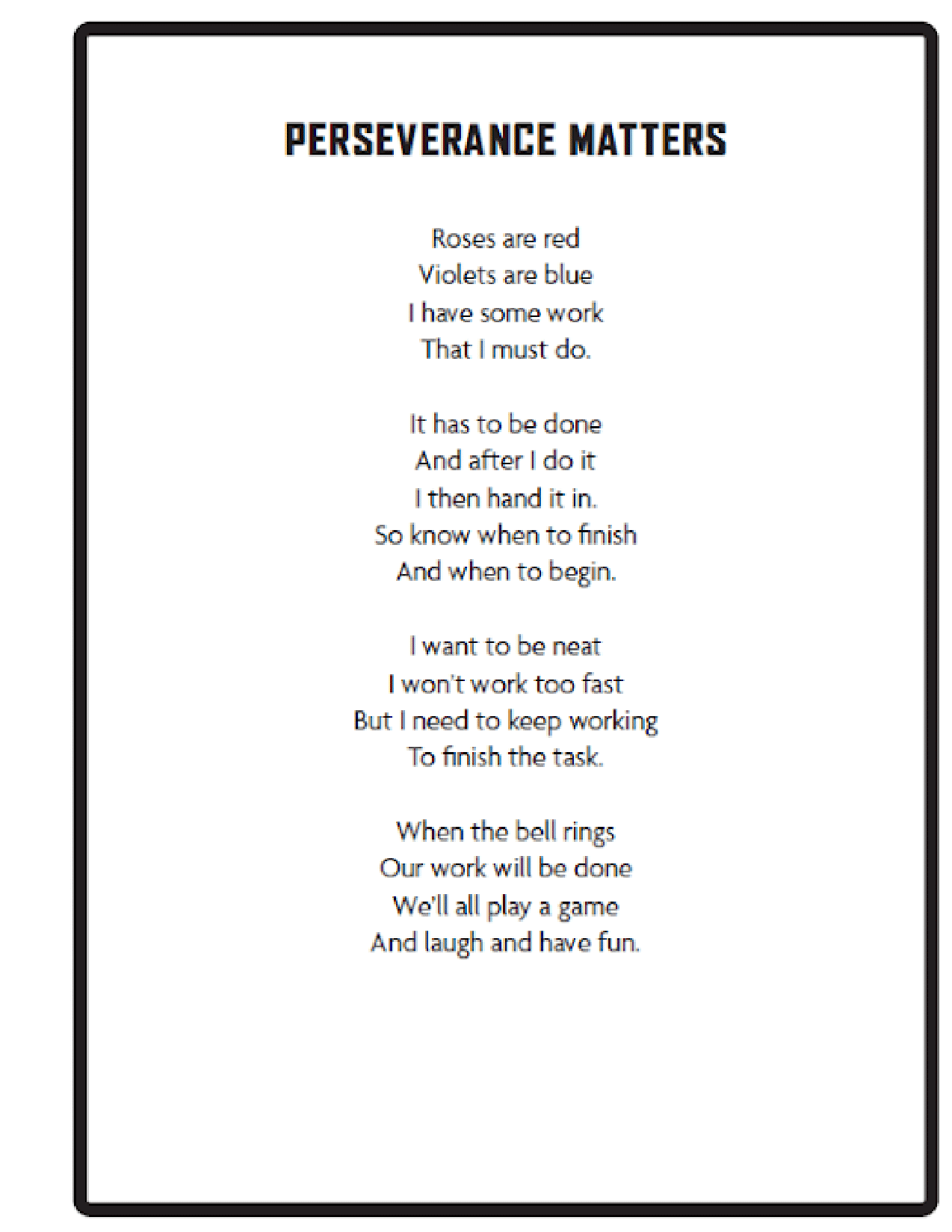 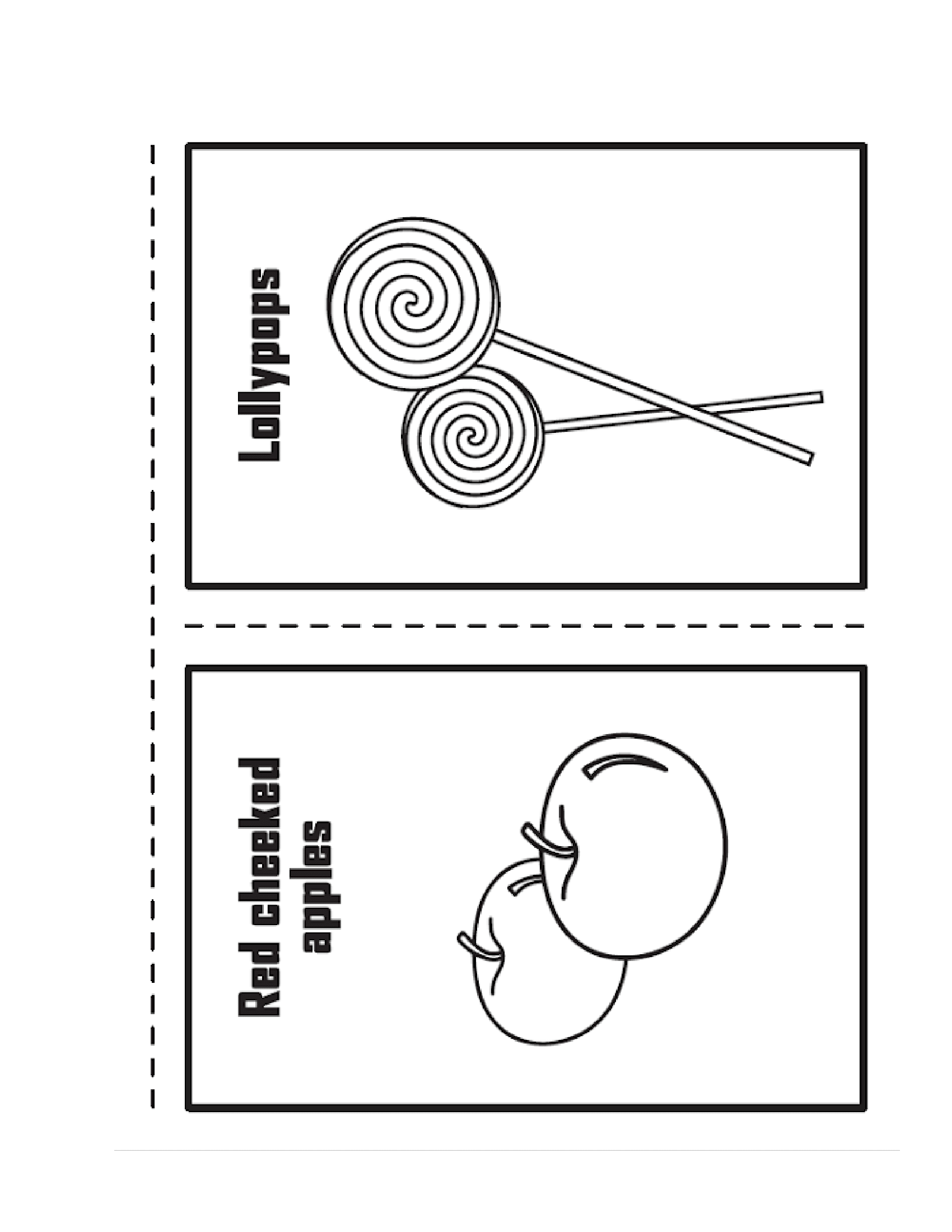 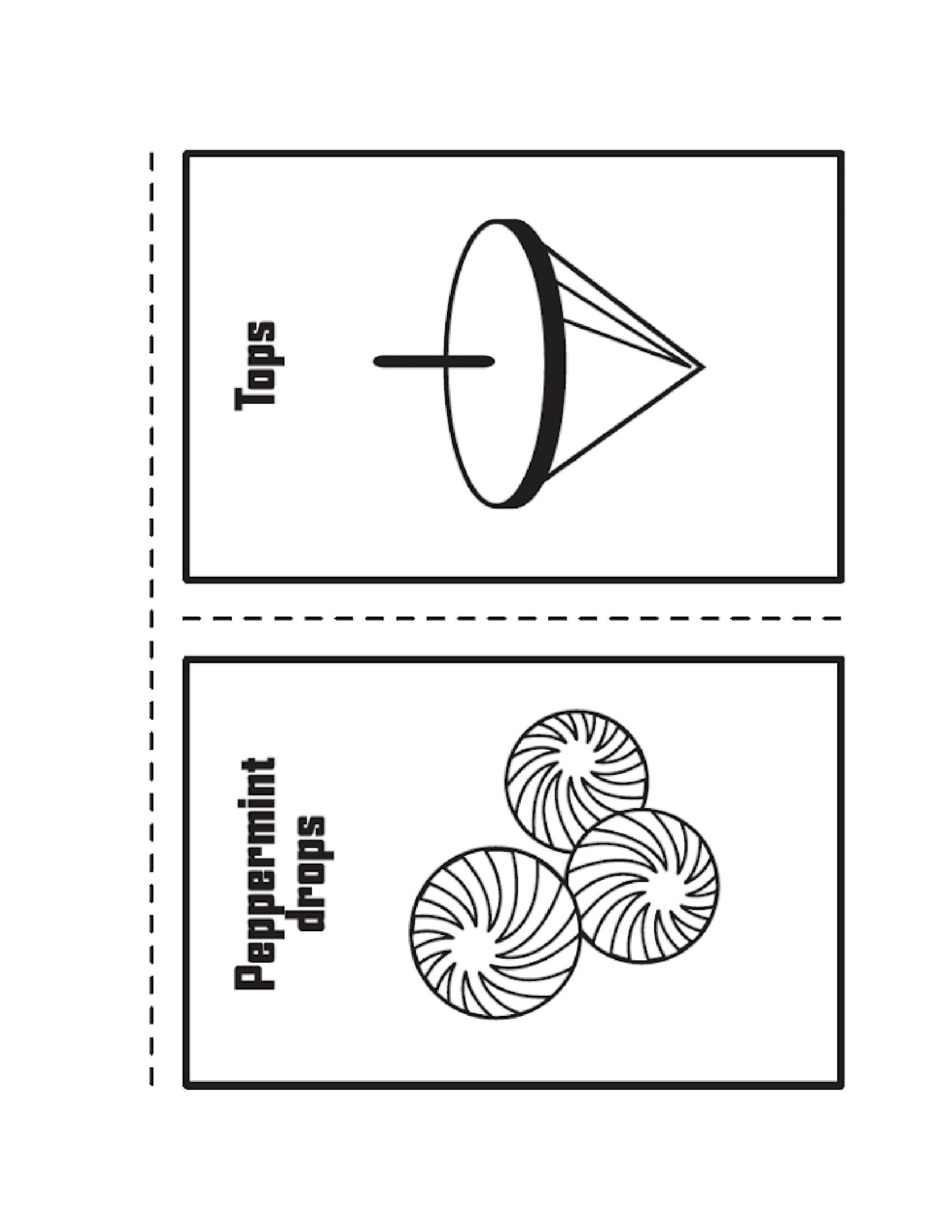 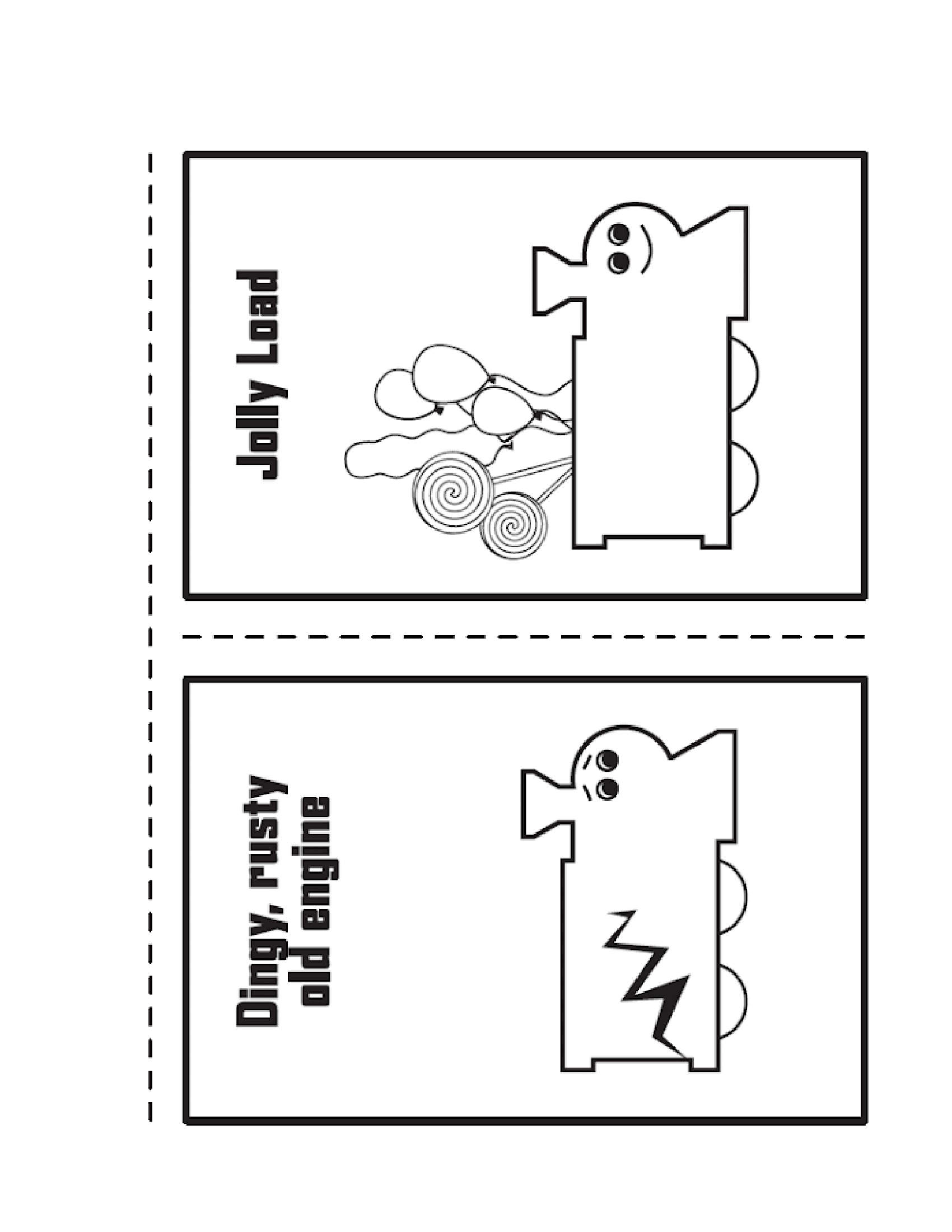 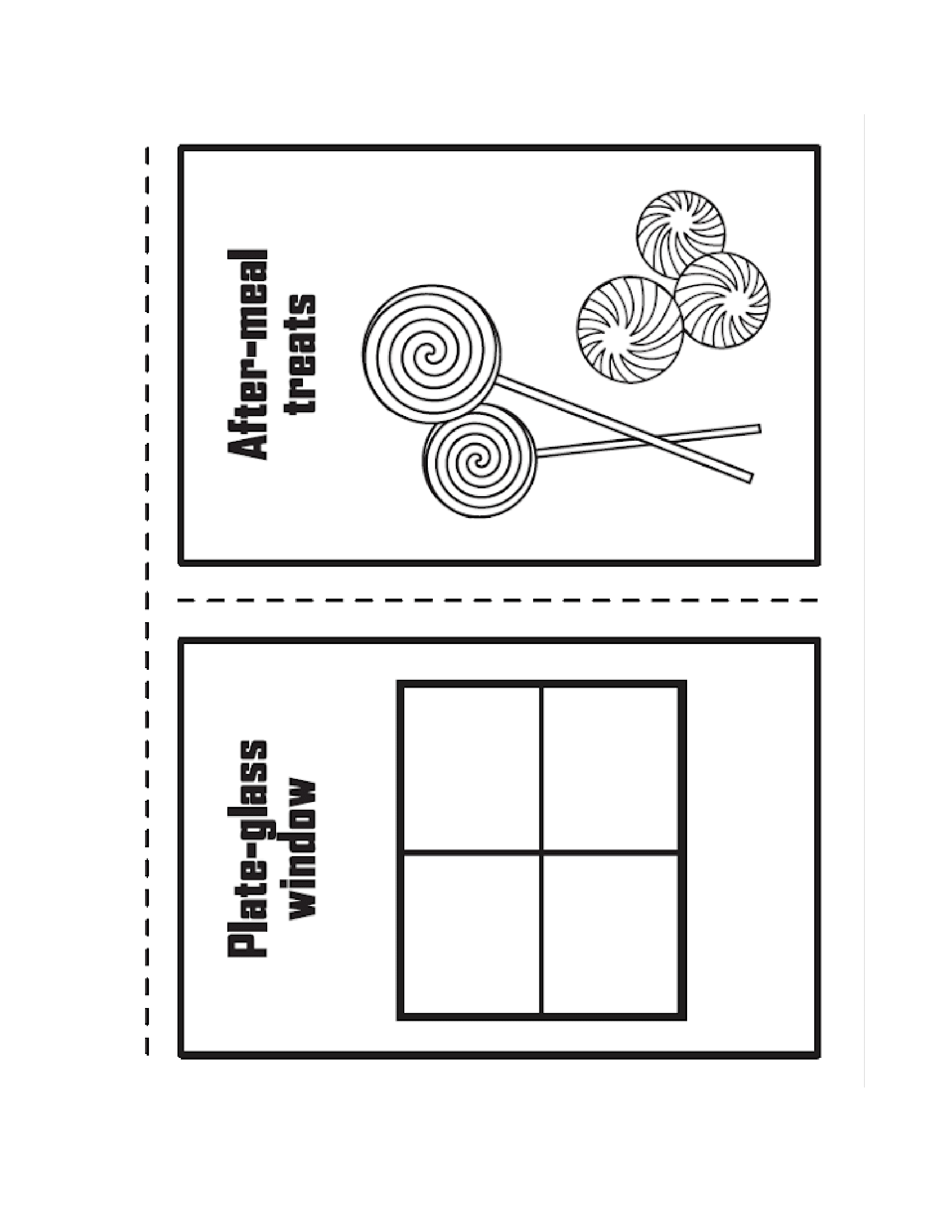