This activity allows the students to practice the ideas of joining in from Activity #1. They will role-play and also write down the type of language that should be used when joining in within various contexts.

Step One: Have students sit in pairs and provide each student with the ‘Two Ways to Join In’ worksheet.

Step Two: Have students think of two different scenarios that would cause them to want to join in.

Step Three: In their pairs, Student A writes in the conversation bubble a “joining in” statement.

Step Four: Student B then writes a positive response in the second conversation bubble.

Students have role-played scenarios where they had to develop their own positive ideas to joining in. They have also created a visual, written reminder of what these positive conversations should sound like. 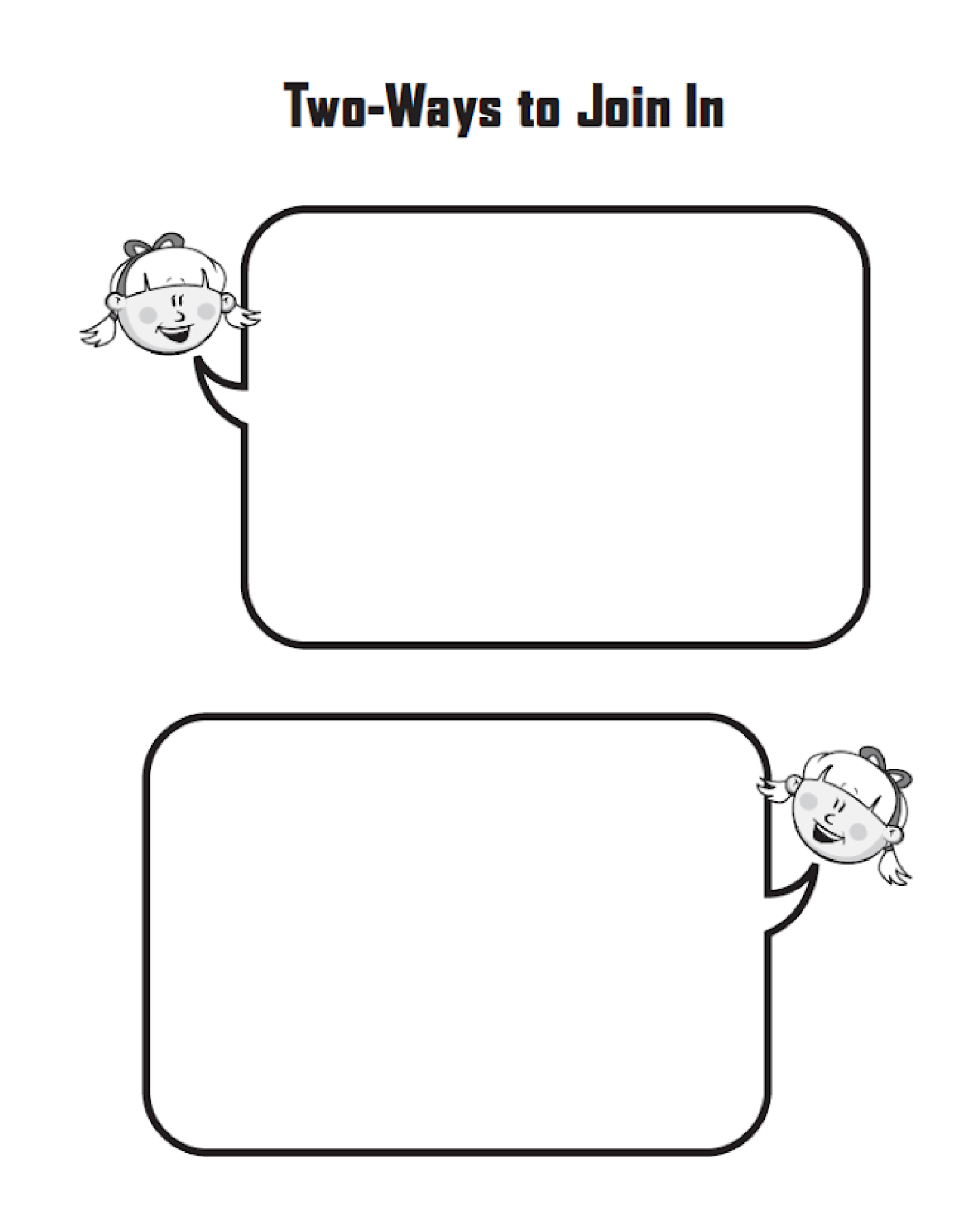 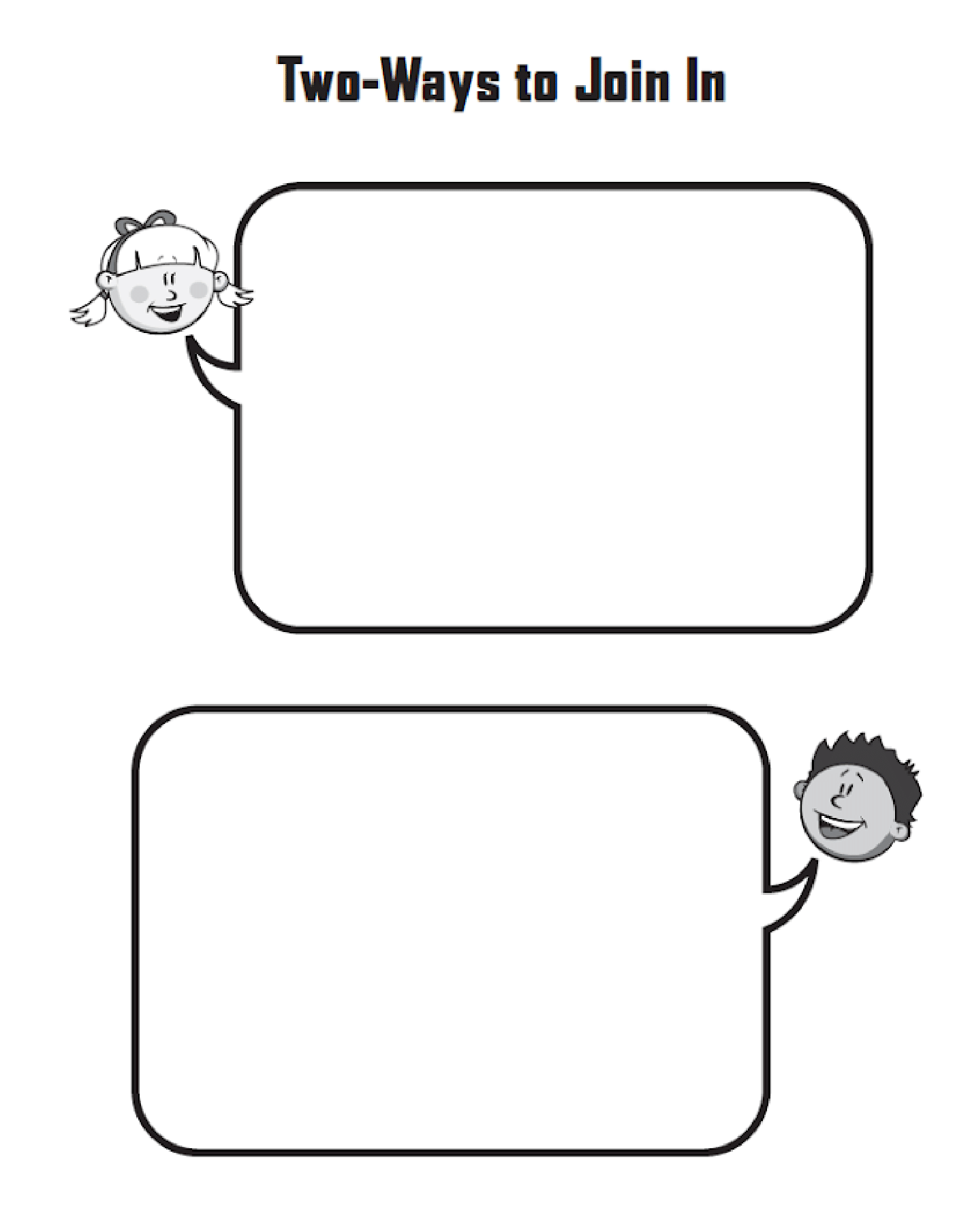 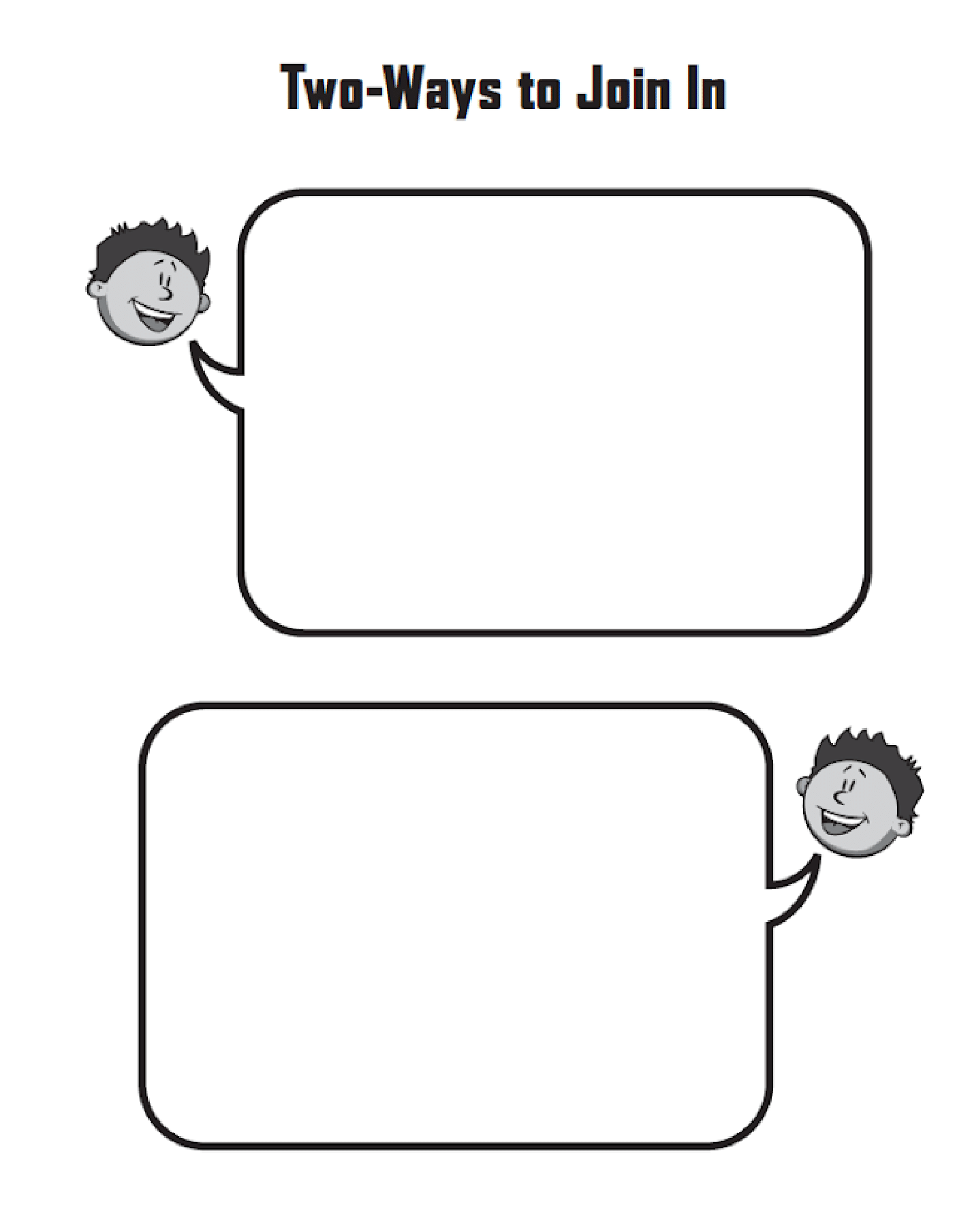