This activity introduces specific concepts of bullying. Students review the steps to recognizing another person’s feelings, including what bullying looks like.

Step One: Give a lesson about bullying. Ask the students if they thought that the kid in the story could be considered a bully and if so, why.

Explain the definition of bullying. It must include all 3 to be considered bullying:

Review bullying behaviours so that students have a good idea of what actions constitute bullying.

Explain that there are three roles that people play in a bullying situation. Post the role cards up on the chart paper.

Bully: The aggressor, the person(s) who tease, hit, push, write mean things, or tell others not to play with someone. (Feelings: angry, jealousy).

Target: The person who is being teased, hit, pushed, written about, or isolated. (Feelings: hurt, lonely).

Bystander: Those who see/witness the bullying. (Feelings: afraid, confused).

Step Two: While studying this book, select a different feeling word each day and display it on chart paper. Have students explore the nonverbal and verbal behaviours that may give us clues that a person may be feeling this way. 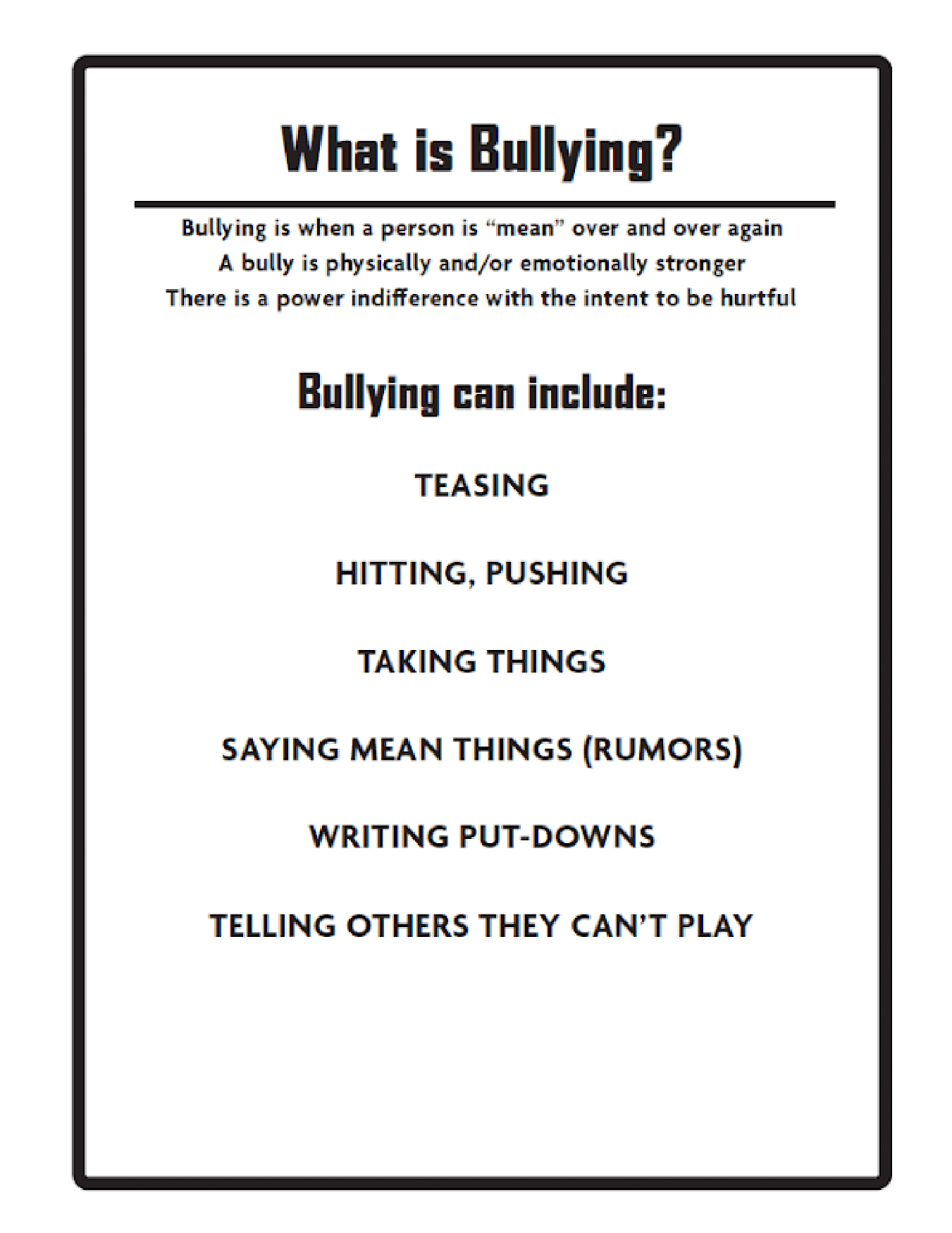 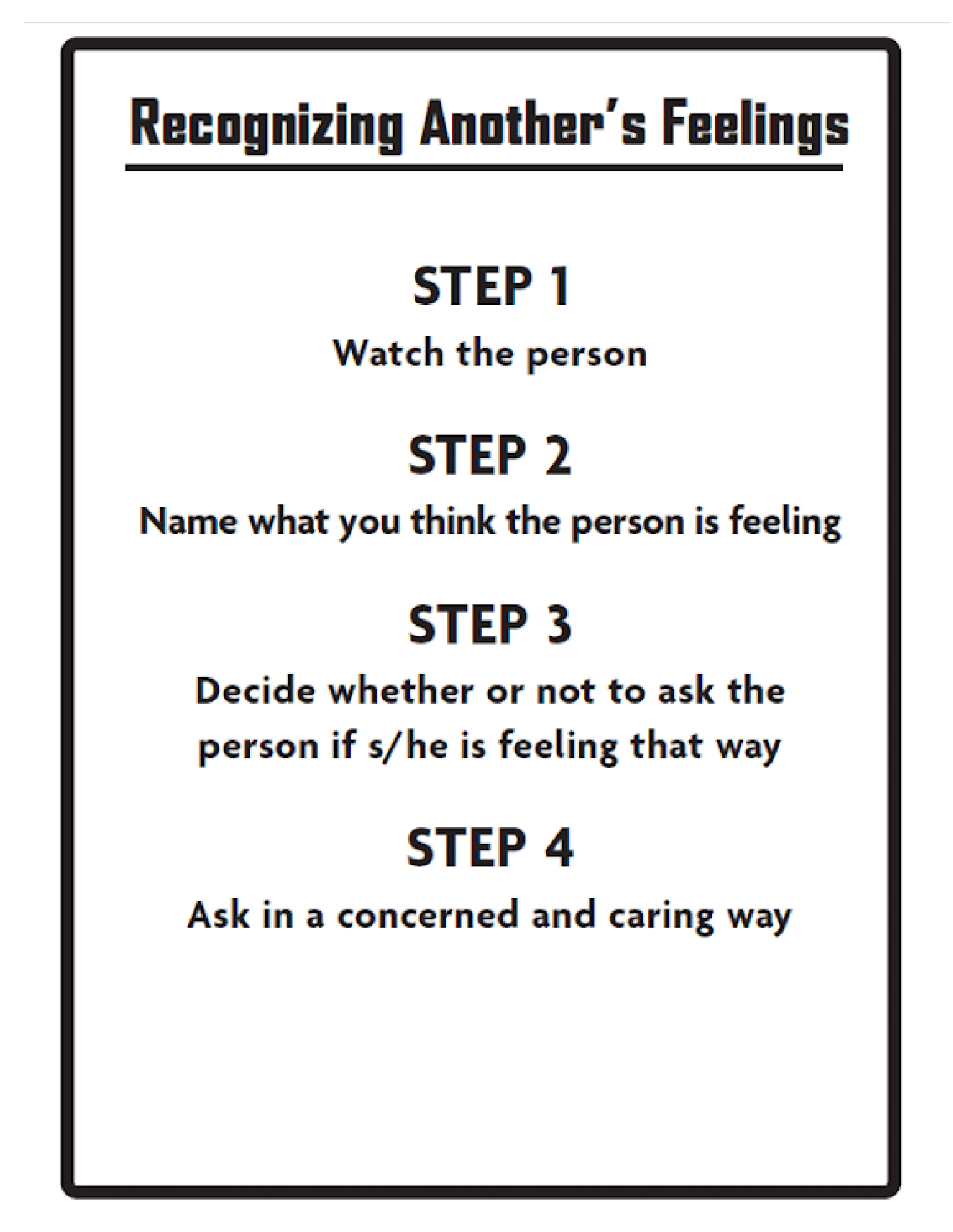