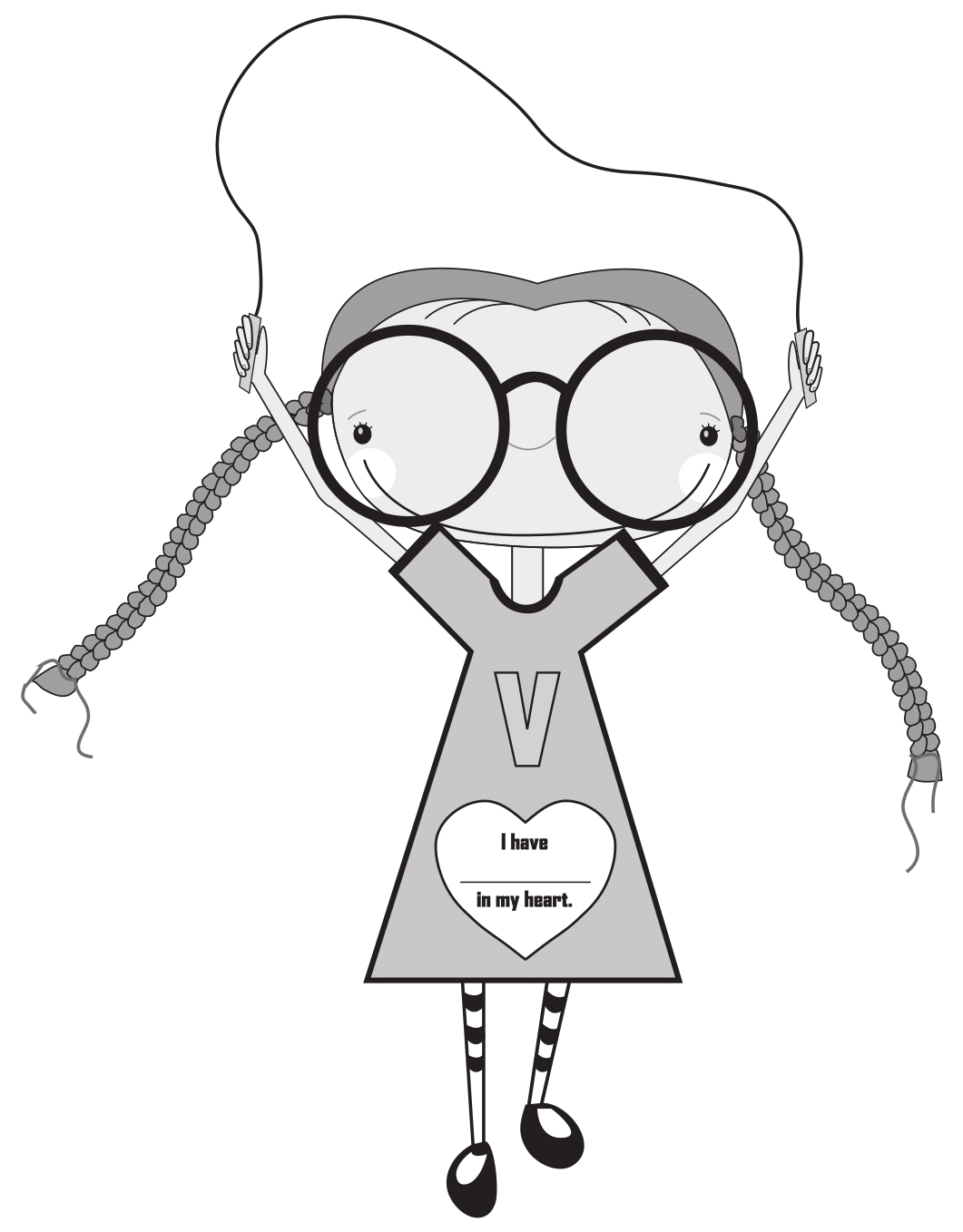 Step One: Have the students cut out Velvet’s head.

Step Four: Using coloured paper different from her dress colour, have the students cut the letter “V” out of construction paper. Glue the “V” to Velvet’s dress.

Step Five: Using heavy string or yarn, have the students glue three pieces to Velvet’s head as hair. If possible, have parent helpers teach the students how to braid.

Step Six: Tie ribbon around the ends of Velvet’s

Step Seven: Have the students glue a pair of google eyes to Velvet’s face.

Step Eight: Have the students use crayons to finish the features of the face.

Step Nine: Using a glue gun, attach the wooden doweling to the back of Velvet’s dress and head.

Step Ten: Glue the heart from Activity #2 onto Velvet’s dress.

Optional: If possible, use real velvet fabric to cut out the “V” for Velvet’s dress.

Optional: Set up a “Creative Centre” for students who complete their puppet early. Create this station with enough material for students to create other puppets based on different characters from the story.

A stick puppet of Odd Velvet made by the students. They can use these puppets for role play, as a companion for the Fin Puppet, or as a reminder that it is okay to be different. 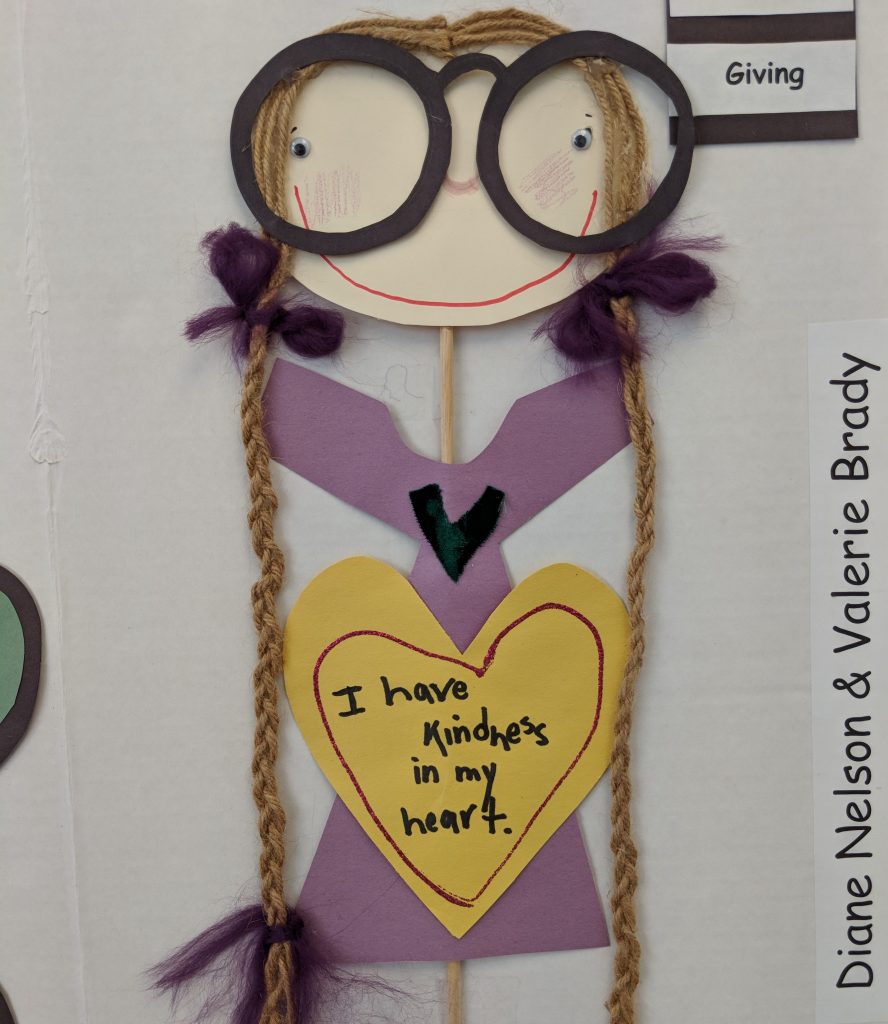 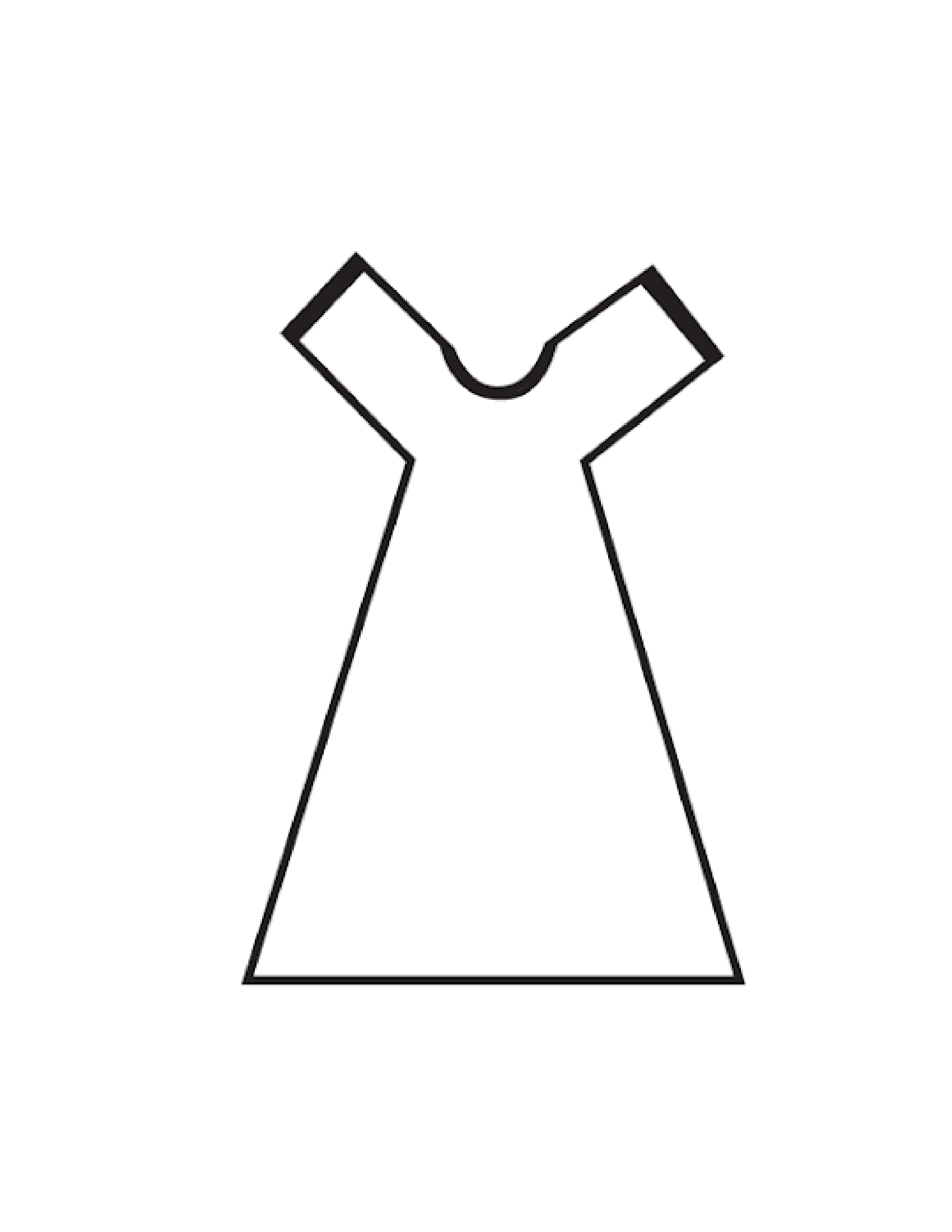